As a follow-up to the Version 2 bug, the WFDEI period was processed with an improper land-sea mask leading to about 200 grid cells holding zero values for the WFDEI Period (1979-2012). Mainly smaller islands and some coast lines were affected (see red points below). The detrended data and data before 1979 were not affected and are the sames as in Version 2. 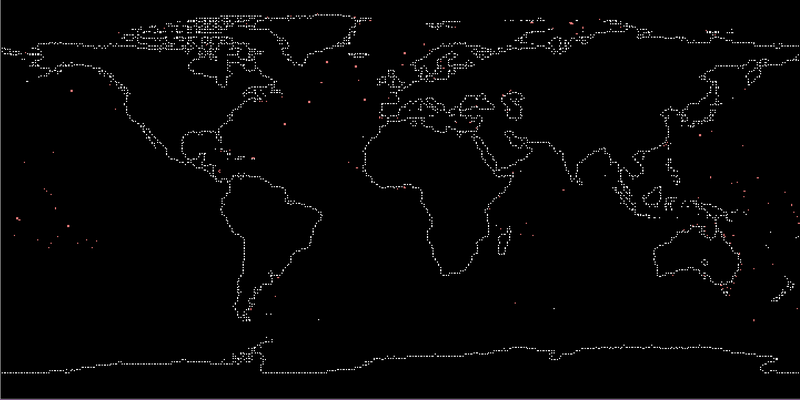