The ISIMIP2b cross-sectoral workshop will be hosted at the Potsdam Institute for Climate Impact Research (PIK) on 9-10 October, 2017.

The workshop will also serve as the kick-off workshop for the European JPI-Climate project "ISIpedia". The followig elements will be included in the workshop program (preliminary version below): 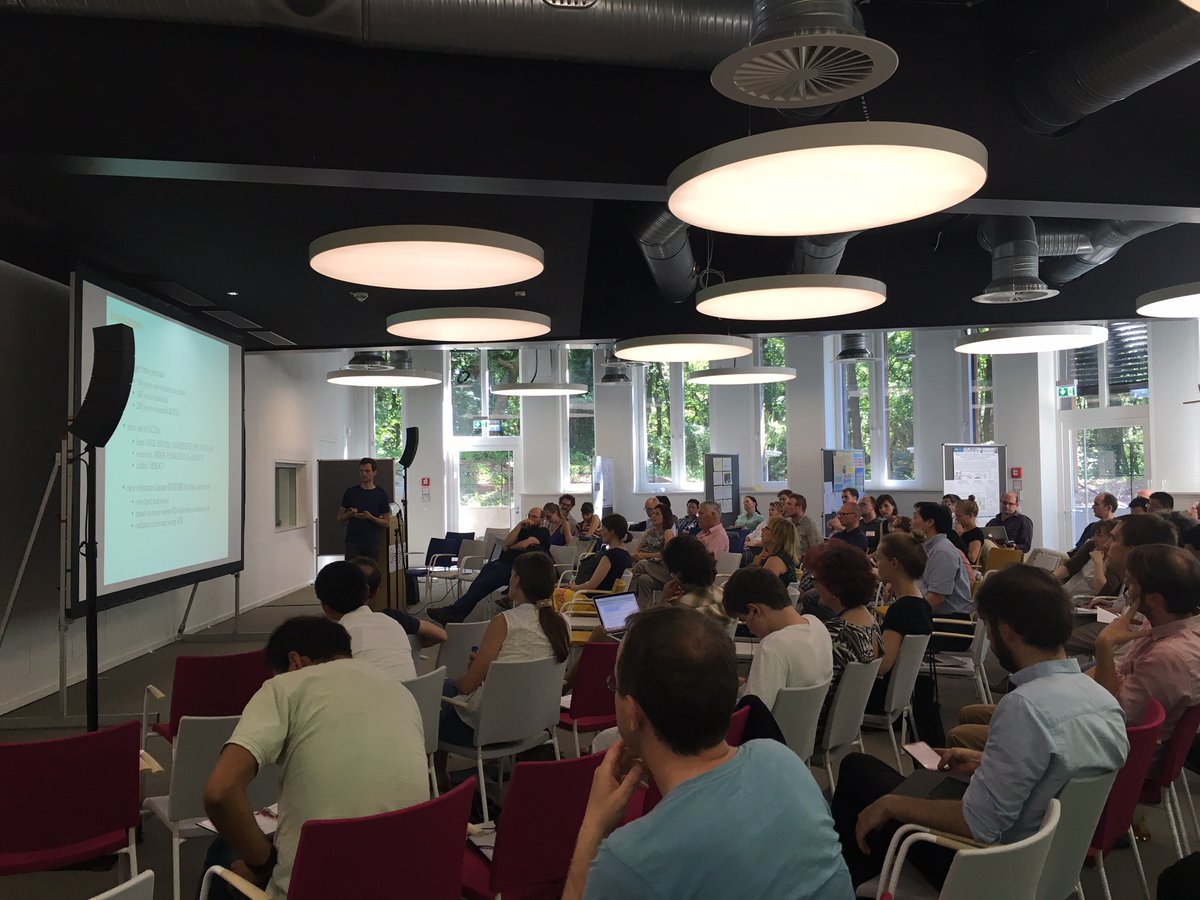 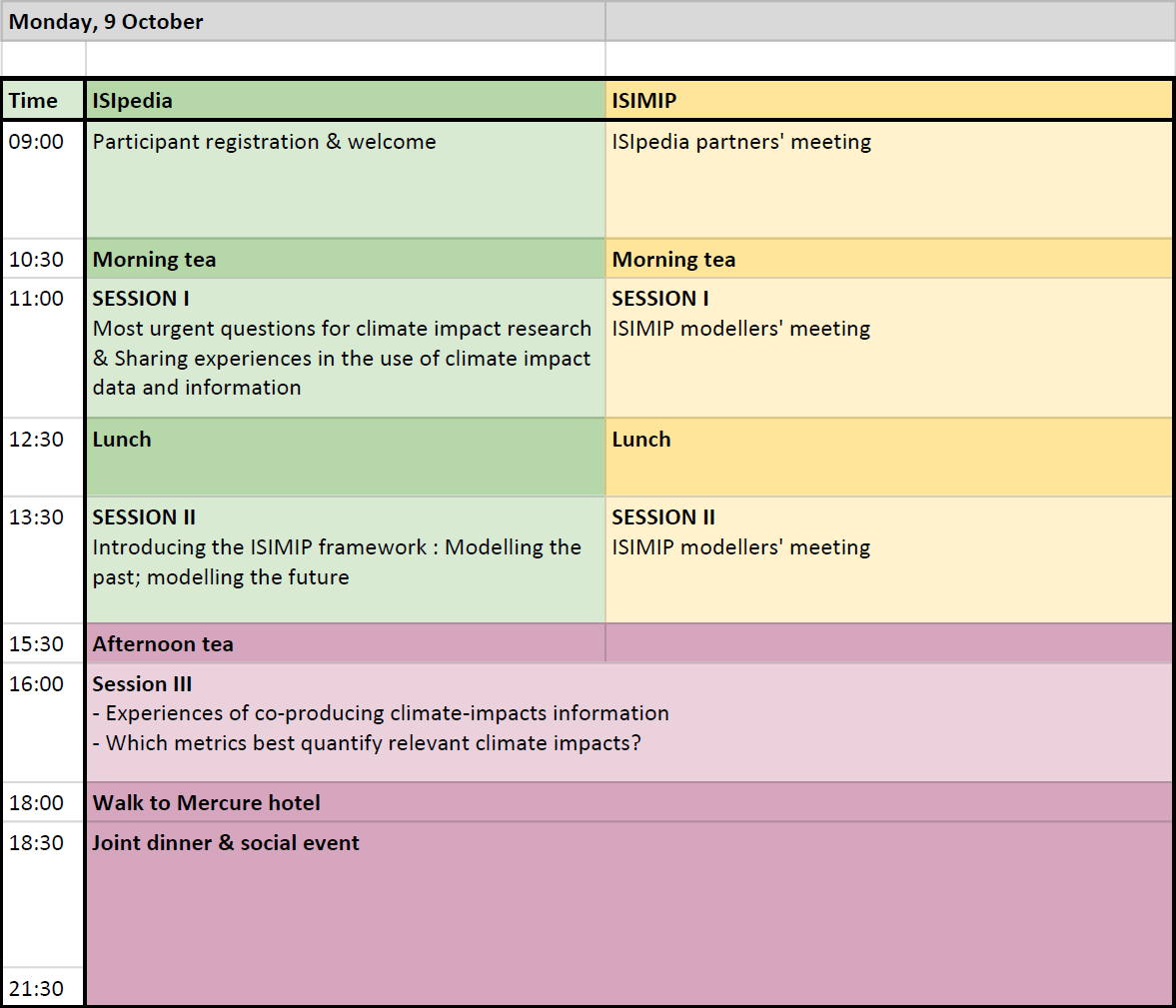 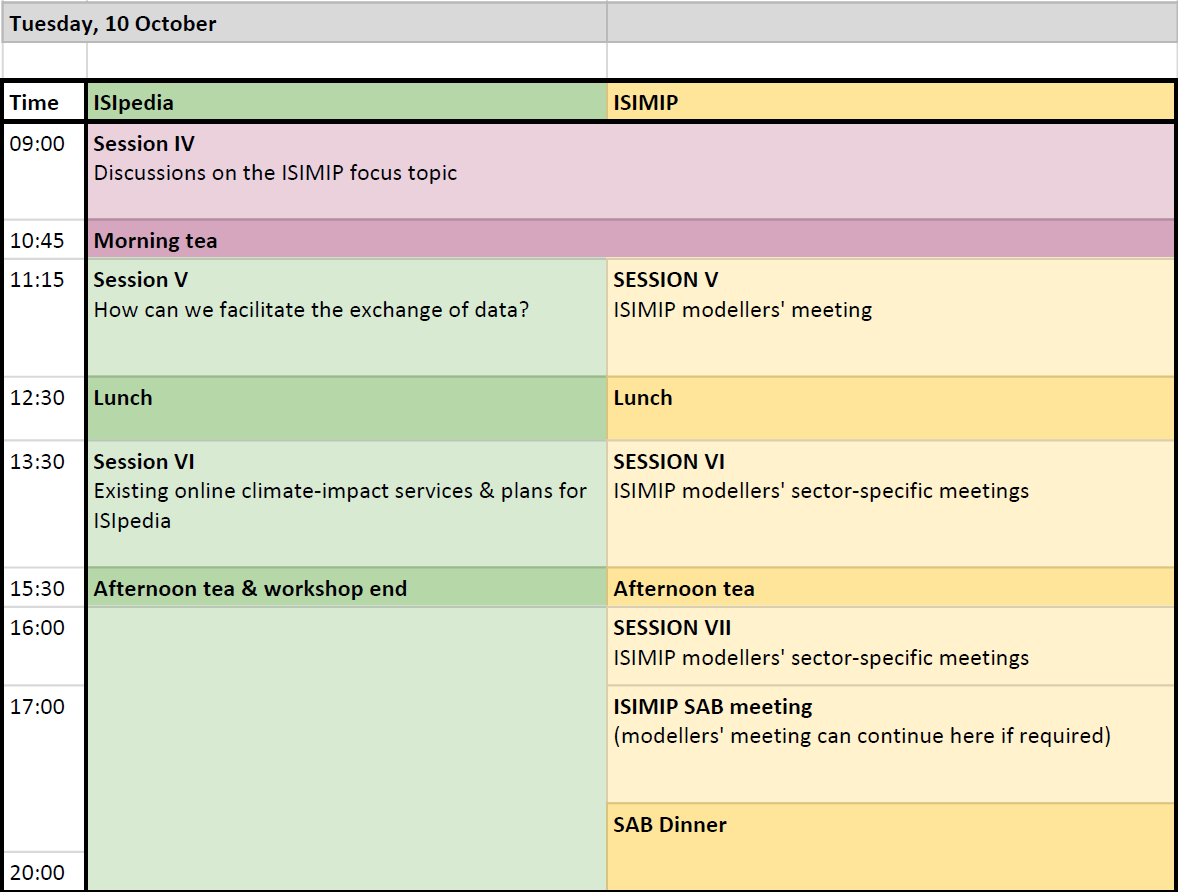 Catering will be provided on both workshop days including morning tea, lunch, afternoon tea and dinner (only on day 1).

The workshop dinner will be held on the evening of the first workshop day (9 October) at the restaurant in the Hotel Mercure – (Lange Brücke, Potsdam, see map below). You can either walk approximately 20 min directly from the meeting venue to Hotel Mercure or take the bus 691 (see description RETURNING TO THE AIRPORT) until Potsdam main station and from there walk 10 minutes to reach the hotel.

The workshop will take place at the Potsdam Institute for Climate Impact Research (PIK) - Telegraphenberg, Potsdam. The meeting will be held in the conference room of building A56 (see the map below).

If you are coming to Berlin by air, you will most probably arrive at Berlin Tegel Airport (TXL). Outside the airport buildings you will find public buses (BVG). There are two buses you can take: X9 (to Zoologischer Garten) or 109 (to Charlottenburg station). In both cases you then need to get on an S-Bahn or Regio (RE) train to Potsdam Hbf.

If you arrive at Airport Schönefeld (SFX) the fastest way to get to Potsdam Hbf is to take the Regional Train from the airport direct to Potsdam Hbf. It leaves once an hour.

If arriving late, you might want to check the time tables beforehand here.

To reach the Berlin airports from PIK, you can walk or catch a bus to the Potsdam Hbf, and there you can take regional trains (RE or RB) towards Berlin and change to a connecting bus/train to your airport.

Getting from Potsdam Hauptbahnhof to PIK

From Potsdam Hbf you can either walk up to the Telegraphenberg (see map on right), which will take about 20 minutes (Leave the Hbf via its south-exit and walk along “Albert-Einstein-Straße”, through the forest – see map below) or take a bus.

The bus station is also on the south side of the main building. take the Bus 691 – Direction: Potsdam, Telegrafenberg (it leaves every 20 minutes at :13, :33 and :53 past the hour, except between 09:30 am and 03:00 pm). Exit the bus at its last stop “Telegrafenberg” (attention: do not confuse it with the second last stop which is “Zum Telegrafenberg”! This is one stop too early!).

The bus will stop in front of the PIK canteen (Haus H), in the center of the Telegraphenberg area from where you can reach all buildings by foot.

The workshop sessions will take place in 'Konferenzsaal' of building A56 of the Einstein Wissenschaftspark, the three-winged building circled in red on the map on the right. 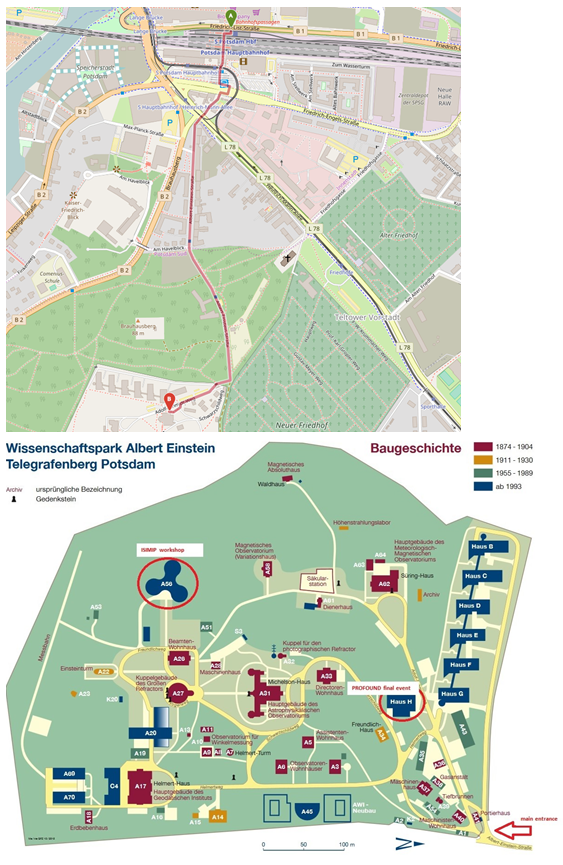